The subject of this master thesis is fast localization of quadrotors. The di fficulty of the problem consists on one hand in a design of a simple approach for measuring a drone position in outdoor environment, on the other hand in synchronization of two independent video streams. The position in space is determined only based on video streams from two stereo cameras. Various quadrotors are detected in image using four types of designed patterns in a form of circles. This work introduces an algorithm the patterns are detected with. The location in 3D coordinates is determined only based on their detected image position from both cameras using triangulation. The implementation of the algorithm includes also a synchronization of both video streams and an automatic stereo calibration of both cameras by a calibration pattern, which defines the mutual position between cameras. The algorithm was tested on several experiments, on one hand in static scene, when the deviation from real values ranges to 1%, on the other hand in outdoor environment using real drones. 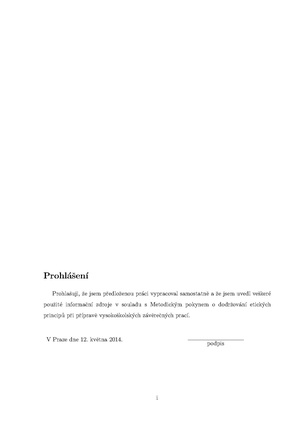