Modeling and Optimization of Traffic Flow in Urban Areas[edit]

This thesis presents models of simple and general traffic intersections. The simple intersection model is based on the new queue model, where the state variables represent the queue lengths and the mean waiting times in the queues. The general traffic intersection model is based on a constant speed continuous Petri net. The continuous Petri net tool offers more flexibility of modeling general intersections and possibility interconnects them to the complex urban traffic region model in future. The Model is innovative, firstly, by the free space modeling together with the opposite direction of the vehicular flow, secondly by the continuous Petri net use only leading to a smaller state space. For this purpose, we show a new method for conflict resolution in a continuous Petri net based on the maximal speed proportion. The control of intersections is prosed firstly for simple intersection, where the waiting times of the individual vehicles in the various streets of the intersection are taken into account to some degree. Secondly for the urban traffic region model, where the scheduling is used to find an optimal control of light controlled intersections. The performance of all depicted models and their control was evaluated in simulations and compared with real data from the traffic in Prague. 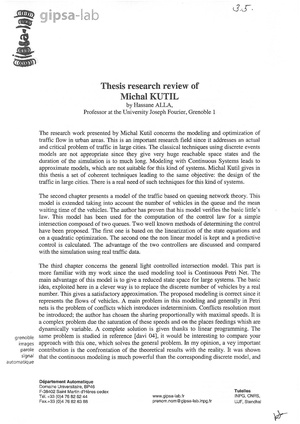 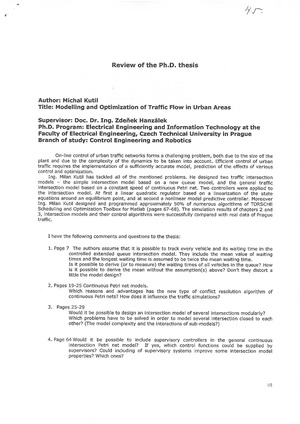 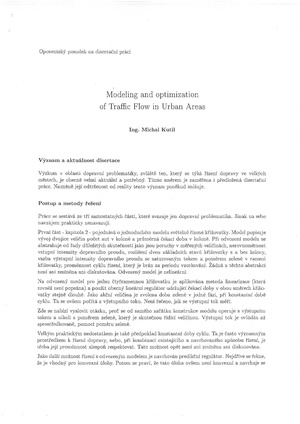