Sieve permeability is an important parameter for paper production technology. There is measuring equipment developed to monitor this quantity, which is currently becoming obsolete and needs to be renewed. The goal of the thesis is not only to propose and realize such equipment but also to improve the way of measuring, with exact compliance with the criteria determined by the submitter. The use of a programmable control unit, which replaces the original obsolete analog control system, brings significant innovation. The new way of controlling enables an interpretation of the measuring probe as a state space system, which is obtained by ARX model dentification (based on a step response measuring). The feedback control circuit is then realized as a software implemented PSD regulator. The control unit also provides management of measured values, enables the transfer of measured data to a PC, checks the storage battery state, diagnoses the whole system, and statistically evaluates measured quantities. The improved way of measuring reaches markedly shorter duration of measuring itself, enables to carry out separate measuring in shorter intervals in sequence, and measured values have markedly smaller error range. The whole system is considerably more mobile and mechanically resistant than the original equipment. The control interface is designed according to customer's wish with maximum emphasis on simplicity and functionality. System controlling is more user friendly during measuring. The new equipment also reduces demands on the number of operators from three (original equipment) to one). 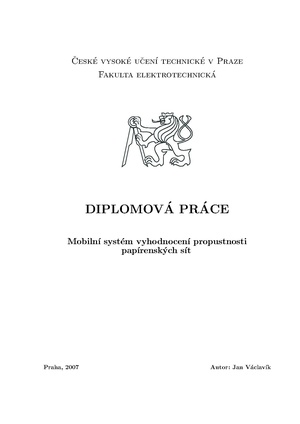