This work describes design and implementation of general transport nets simulator based on discrete and continuous Petri Net formalism. Simulator is realized in the form of standalone library for C++. It supports the Petri Net formalism in this object oriented programming language. Further a simple front-end application based on this library is implemented. Work describes design of models of basic urban traffic elements also. Set of concrete models is presented in the form of pre-defined library. With implemented simulator the simulation of urban traffic is performed on real data of the part of Prague - Smichov region. The region consists of ten crossroads and used data are corresponding to the traffic during one day period. 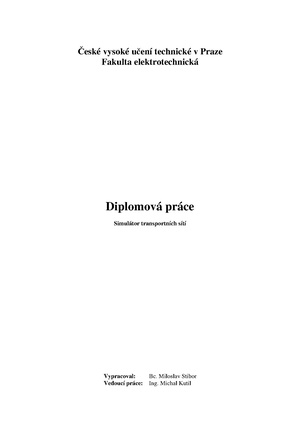