The task of this bachelor thesis is to design a new software tool for the anti-neutrino research. Firstly, an existing hardware device is described. The device consists of modules with A/D converters running at sample rate of 100 MSPS. The device performs data taking from the multichannel scintillation detector. Secondly, the design part and the implementation part of the developed software are described. The final software project is programmed in Java with a use of library for the connection with FTDI device that creates bridge between USB and parallel bus. This software is dedicated for controlling the hardware part and visualizing of acquired data. The user of developed tool is allowed to control the whole system and its parts. Acquired data can be processed and saved to a file for later analysis. 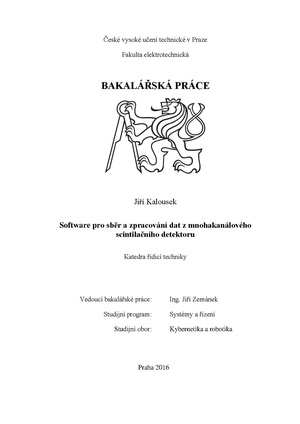 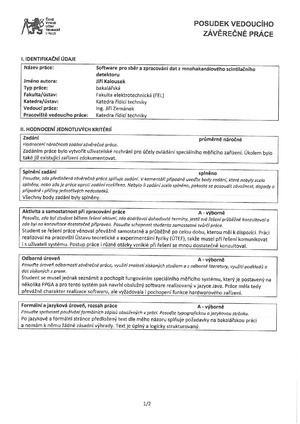