Simulation software OPNET Modeler is a high effective and efficient tool for analysis, design and modeling networks. ORTE is a project, which implements middleware for design and using real-time aplications.

Other goal is to check posibility of cooperation of common network application and OPNET Modeler for their posible using in future on Departement of control engineering, CTU FEE in Prague. 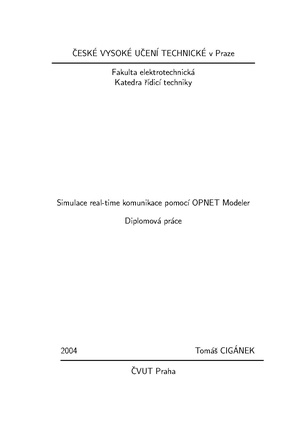