This thesis is a part of the "Unmanned Automated Helicopter Project" currently being held at our department. In the course of this project, a distributed control system for a small unmanned rotorcraft is being developed. The goal of this work was to port the Linux operating system to an embedded industrial computer based on the Renesas SH7760 CPU, and to develop a simple telemetry application. In the first part of this work, the basics of Linux programming and the CAN (Controller Area Network) bus are being described, while the second part deals with the Linux porting, driver development and application programming. 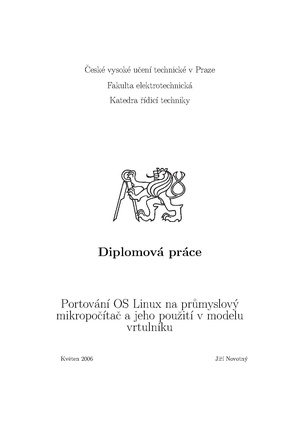