CANOpen Communication for a Mobile Robot[edit]

This diploma thesis focuses on drive design and mechanical construction of mobile robot for Eurobot 2007 competition. Another part is devoted to problematics of communication technologies used for distributed control systems. As a part of this thesis, libraries and applications allowing drive control using CAN bus and CANopen protocol were created and described. This work is based on an existing open source project CanFestival, which is an implementation of CANopen protocol. The drive control using an H8S/2638 microcontroller is realized by means of PXMC library. The high level control application was created for GNU/Linux operating system. 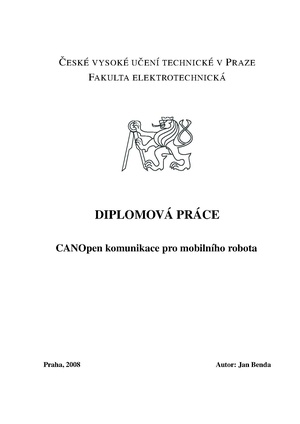