Support for a simulation with hardware-in-the-loop[edit]

This graduation thesis deals with creation of a support for generation of a C code from a Simulink model, known as a target, for a hardware with the operating system GNU Linux.

The thesis describes creation of a basic target and his further extension by real time execution, external mode and a template for creation of an input/output interface used for asynchronous serial line RS232 interface.

The potential of the final solution and its usage are presented in a demo application. The further development of the target is suggested. 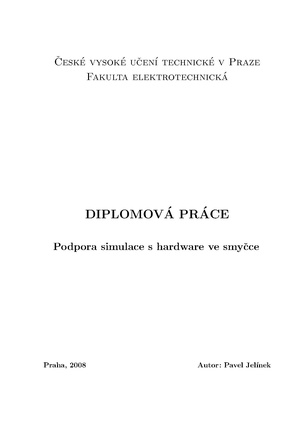