Model Juggler for remote laboratory and control of CNC machine[edit]

This diploma thesis deals with connection of model Juggler into system of remote laboratory called Lablink. It contains informations about the method how the prevention of collision of mechanical parts is solved. In theoretical part is described Ethernet Powerlink network as a main tool for solving problems. Practical part deals with implementation of prediction algorithm on hardware which was finally used. Second part of this work is about programming CNC drill as an additional tool on cutting machines. In first part is described CNC system of BR and in the second one is described the way how the tool was programmed. In the end of this document is comparison of programming of this two machines which a worked with. 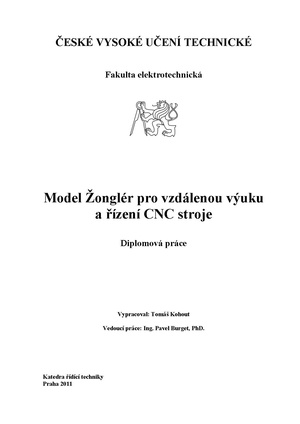