Heating in smart houses, modeling, analysis and control with PLC[edit]

This diploma thesis deals with collecting data from heating the house. The PLC Tecomat Foxtrot with temperature sensors on Inels hardware units was used as a tool to measure the data. The CIB bus designed by Teco a.s. was used as a fi eld bus. The first part describes data capturing from monitored rooms. The second part deals with the realization of new measured locations, so they can be easily attached by the user and the measured data can be presented to them. The third part is about analysing the measured data and approximating the models of the heating areas. The fourth chapter describes the measurements of the heat transferred into rooms. The final section demonstrates algorithm of heat sources controlling on the captured model. 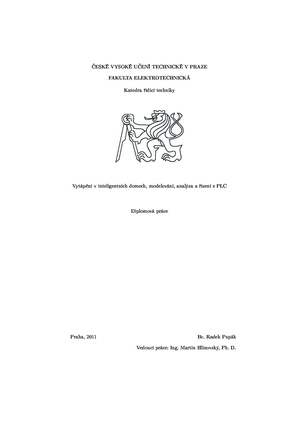