The aim of this Master’s thesis is a research into possibilities for optimization of XML protocol’s network and computational complexity, a benchmark testing of previously described methods for XML protocol optimization and an integration of those methods into existing technologies/frameworks which rely on XML protocol. Fast Infoset and Efficient XML Interchange Recommendations/Standards which are aimed at efficient communication via XML protocol, are described in the first part of the thesis. The second part of the thesis contains results of benchmark testing of previously mentioned Standards from the size reduction and computation complexity point of view. A practical integration of those Standards into popular web service frameworks is discussed in the last section of the thesis. 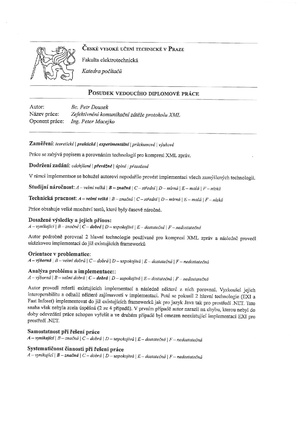