The main goal of this diploma thesis was the development of a converter for simulation scenarios of electronic control units. The thesis mainly deals with the simulation of a type rest-bus. The overview of available software tools for testing and development of automotive control units is provided. The rest-bus simulation representing the control of a head unit has been developed for two specific tools - Vector CANoe by the Vector company and PROVEtech:TA by the MBtech Group company. Consequently, the converter ensuring mainly the conversion of testing scripts and basic graphical user interface from CANoe to PROVEtech:TA has been developed. Testing scripts can be converted from CAPL language to WinWrap Basic and C language. The whole conversion process as well as general usage of the developed tool are described in this document. The thesis was developed in a cooperation with company MBtech Group. The conversion of simulation scenarios has been successfully tested on developed rest-bus simulations for the head unit, which was provided by MBtech. The testing process showed functional behavior of translating various simulation scripts from the CAPL language to WinWrap Basic and C. The modularity of the tool enables adding conversions to different tools. 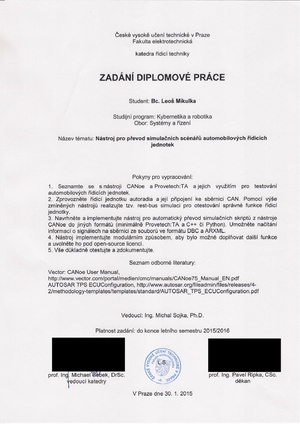 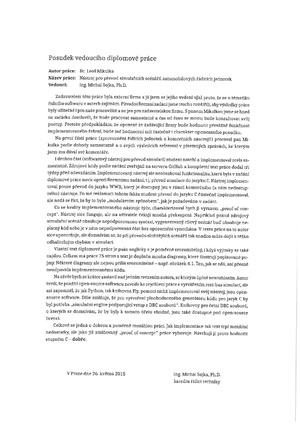