The thesis is concerned about implementation of An Effective Algorithm For Project Scheduling With Arbitrary Temporal Constraints which is a scheduling algorithm solving mostly project management problems, where total project length needs to be minimized. The algorithm has been implemented and modified in Mathworks Matlab environment. The modifications have been done in order to increase the algorithm speed at the price of its less efficiency. The modified algorithm has been implemented into a Java open-source project manager software, GanttProject. The first half of the thesis covers the theory about the scheduling essentials and about the implemented algorithm. The second one closely describes the algorithm implementation process into the both environments and represents the algorithms experimental results. 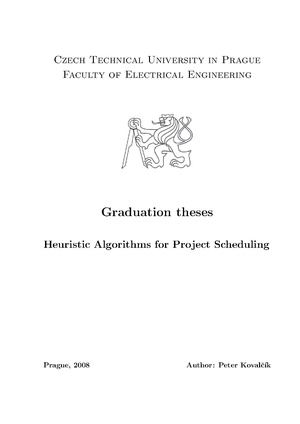