Control of the Tunnel Pasteurizer[edit]

This paper deals with the design of full automation of the tunnel pasteur which is used in the factory belonging to company Coca-Cola Beverages CZ for pasteurization of the produced and packaged drinks. The controlling system is based on programmable controller from the serie SIMATIC S7-300. The pasteurization process consists of several successive steps. Controlling algorithm contains also regulation of the temperatures and water levels in the sections of the tunnel pasteur. Next part of this work was creation of an interface between operators and controlling system enabling monitoring and controlling of the pasteurization process, which was realized as the interface created in WinCC Flexible and working on the touch panel, followed by the programm in PC created with Delphi 7 and also by the programm for monitoring of the process data, which was created as a Java applet. The software for the controlling system was made with the programming environment STEP7. 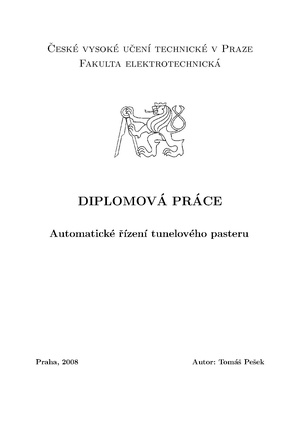