This diploma thesis deals with issues of active damping of the aeroelastic phenomena especially of flutter. First, a model of an aeroelasticity wing with three degrees of freedom is derived used for design and also for verification of the achieved results. Model dynamics and aeroelastic phenomena have been associated by the linear systems theory. Text describes a damping systems based on one value measuring only, as well as a multi-input systems. There are presented structured controllers with the use of H-infinity method, these controllers are able to damp on 80% over critical velocity and without using a state observer. A wide field of speed where the damping is active has been achieved. Thanks to parametrization of the controllers, the parametrization responds to the variable dynamics depending on the speed. The parametrization is based on interpolation of a speed-dependent coefficients of a controller by the polynomials. Validations and verifications are done by simulations, however there are also results from the experiments and other experiments are designed. 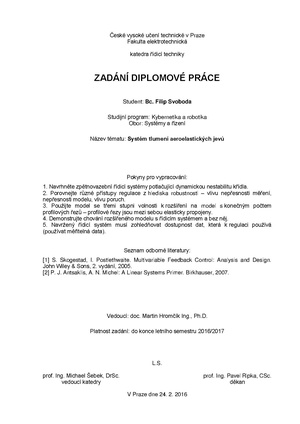 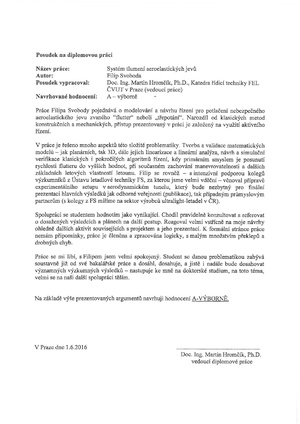